The Ohio Renaissance Festival is a MUST! Ends October 25th #USFamilyGuide

The Ohio Renaissance Festival has been something that my husband and I have loved for a very very long time. It has been a while since the last time we went simply because of having kids. We wanted to wait to go until they were old enough to really enjoy it. When I found out that they were offering reviews, I decided it was time to take the kids. My son is five. He really is about the right age to start enjoying the festival. My 20 month daughter struggled with it. We had to keep her in the stroller most of the time because the place was PACKED! It's awesome to see it so successful, but a little nerve wracking when she wanted to walk around. 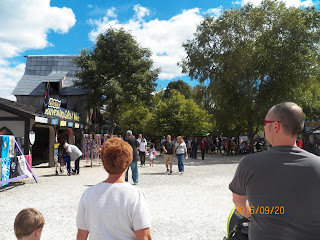 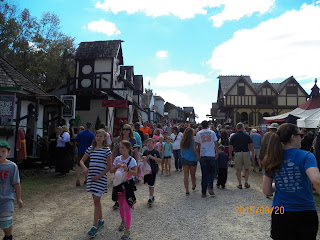 This place is a permanent structure. All the buildings stay year round even if it is only open from August through October. The last time I went, every building was occupied. This time I noticed that there were move than just the buildings filled with wares. They have expanded to have a couple new buildings and tents. There are a plethora of rides and games for the kids. The rides are not run by electricity. Everything is run by man/beast power. The games include: Archery, Axe Throw, Knife Throw, Star Throw, Drench a Wench, Jacob's Ladder, Storm the Castle Climbing Tower, Darts, Pong Bows, Fish Follies, Catapulting Frogs, Vegetable Vengeance, Balista, Mug Slide, and Test of Strength. The names of the rides don't really explain what the ride is, but most are a type of swing. They are called Sea Dragon, Crow's Nest, Barrel of Bedlam, Carasello, Ship Swings, Witch's Hat Slip Giant Slide, Round a Go, and War Horse Rides. War horse rides are actually the horses used in the joust where you can actually ride a horse that the knights ride. Some thing not listed on their website that I think was new this year, was also Camel Rides. They actually had four camels. My husband and son both got to ride one together. It was really awesome. 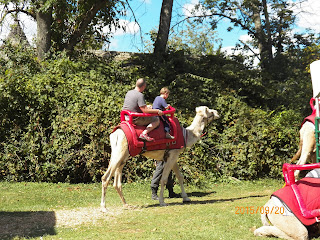 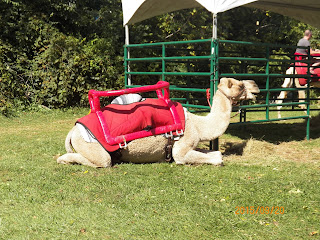 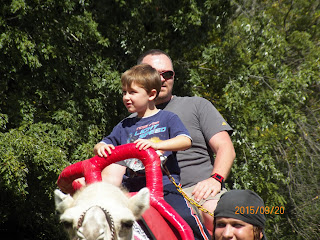 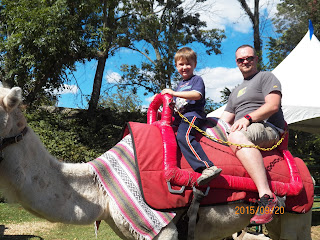 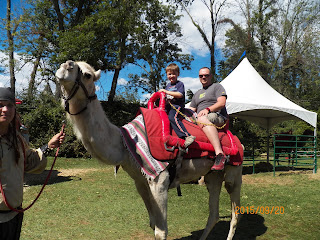 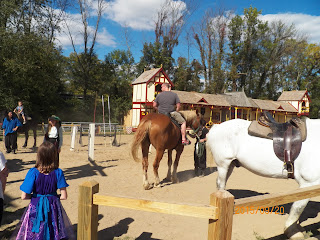 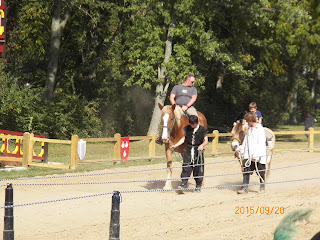 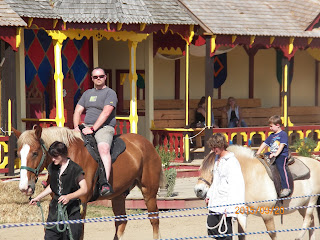 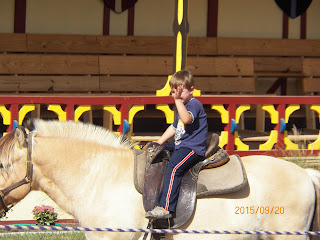 One of the best parts of the festival are all the shows that are available. Honestly, I don't know that you can actually see every show in one day. I think it would take at least two full visits to see every troupe One of my all time favorite shows is The Swordsmen. They have several different acts that they put on, but I love the ones where they show men how to be "manly and romantic." This particular show was originally the one that my husband was going to propose to me during, but it rained and they didn't allow any nonprofessional on the stage. We were lucky enough to see this exact show when we went. It's a comedy and also shows tremendous swordsmanship. 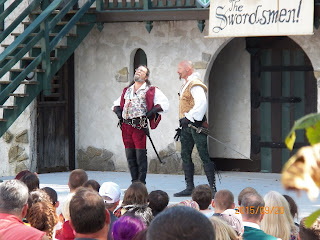 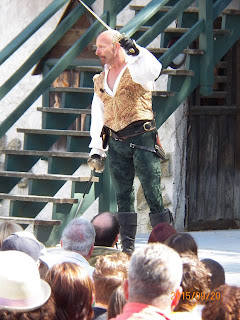 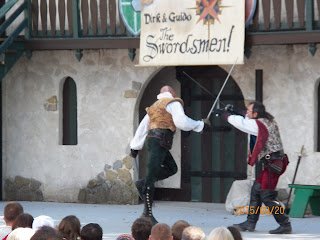 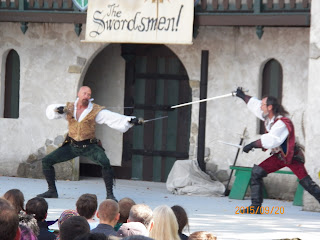 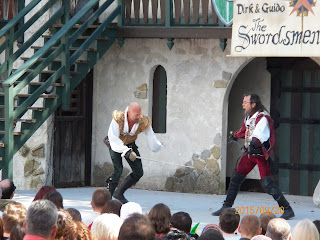 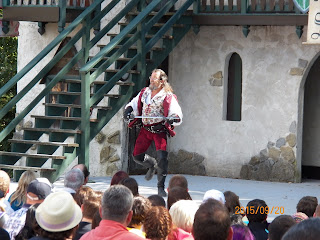 Also a must for any renaissance festival is the knight joust. These are actually professional knights and some are even a part of Full Metal Jousting. They perform various horse riding games and actually full out joust right in front of you. They wear full plate armor and use real wooden lances. I believe in previous years they have even had knights get injured because they do not pull punches. Live and real entertainment! 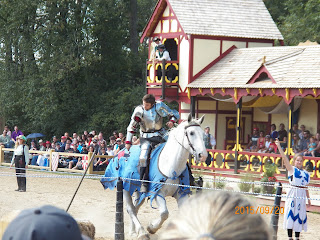 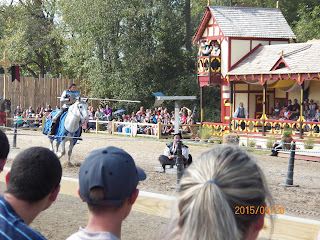 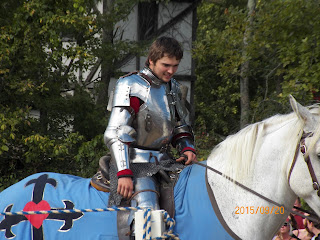 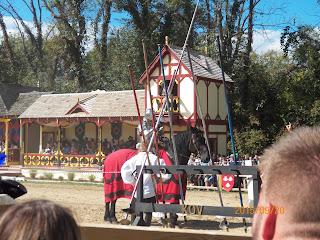 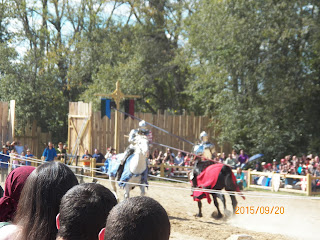 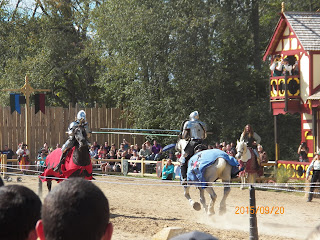 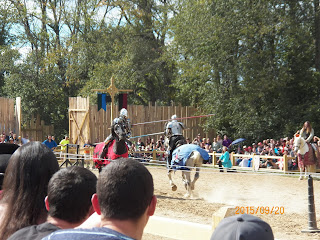 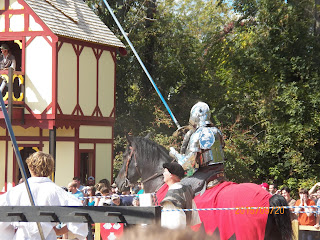 It was a fantastic day. I highly recommend visiting to everyone I see. I have been promoting the Renaissance Festival for years, but this year I get to share a discount code with you from US Family Guide. Ohio Renaissance Festival Discounts - Get $4 off Adult (ages 13+) and $2 off Child (ages 5-12) tickets by using promo code "family" when purchasing discount tickets on our secure web site at www.renfestival.com. Tickets good any day of the 2015 season (Saturdays, Sundays, and Labor Day Sept 5 - Oct 25). Online discount only. Not valid with any other offers.
http://usfamilycoupons.com/coupon.php?regionid=75&bid=11996&dealid=1936 @usfg